Names In other languages: END_OF_DOCUMENT_TOKEN_TO_BE_REPLACED

The European rowan (S. aucuparia) has a long tradition in European mythology and folklore. It was thought to be a magical tree and protection against malevolent beings. In Celtic mythology the rowan is called the Traveller’s Tree because it prevents those on a journey from getting lost.It was said in England that this was the tree on which the Devil hanged his mother, while in Scotland a rowan tree is commonly found growing by a gate or a front door to ward off witches. Crosses made of rowan tied with red twine were also used as a witch deterrent. In Norse Mythologi the rowan was associated with the goddess Sif and, particularly, the god Thor as it was deemed his salvation as the giantess, Gjalp, tried to drown him in the rising flow of the Vimur River. END_OF_DOCUMENT_TOKEN_TO_BE_REPLACED 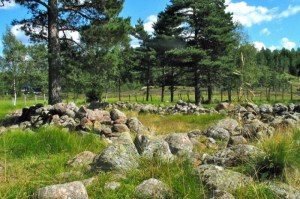